We can play 3 hour sets of 30 songs, or shorter sets.  We play classic rock & roll covers such as “Reeling and Rocking”, “Key To The Highway” “Bring It Home To Me”, “Let It Rock”, “Little Queenie”, “Tallahassee Lassy”, “Crimson and Clover”, and over 25 original rock n roll, blues based songs.

Original Music: "WHIP IT UP"

Original Music "The Way You Rock"

This music will inspire your SPIRIT, and we uplift your SOUL…… So turn it up! 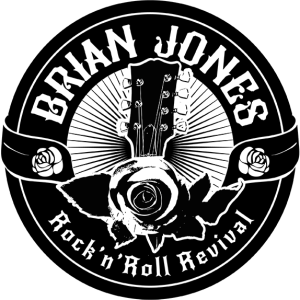 In July 2016, we released our first album of original rock & roll music “A Real Good Time.”  The Album is anchored in hard driving blues, big riffs, sexy hooks, and plenty of swagger.  The EP features several all-star guest players, on piano, guitars and harmonica.  You can listen to some of the songs here on the website. 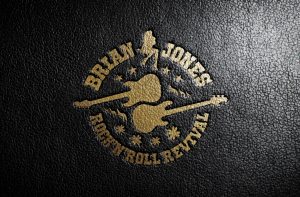 In May 2017, the band released its 2nd album “Holy Roller” – 10 hard hitting, high octane, rock’n’roll and blues songs, with all original music and lyrics by Brian Jones…!  The album is a concept album about a “freedom child, a honky tonk woman type, with fire in her soul and love in her heart…  a holy roller; a bold, brave, adventurous woman of the times.”   The album features one classic cover “Five To One” by Jim Morrison and The Doors.

In April 2018, Brian Jones and The Rock’n’Roll Revival released their 3rd album titled “SAVE YOUR SOUL” – a gospel and blues inspired album of 7 original songs and 2 classic covers of “Lucille” and “I Just Wanna Make Love To You”.  The album is a throw back to another musical era, featuring gospel piano, soulful fiddle, 1930’s slide guitars, female background vocals and the wailing harmonica.  “SAVE YOUR SOUL” is a revival of roots of rock’n’roll.

Along with original rock & roll and timeless covers, updated with a modern drive, we bring the party. We bring the music. We bring the deep vibes and we deliver the good times.

Founded in 2015, the original Rock’n’Roll music has been handcrafted for years in studios, on the streets, in bedrooms, in basements, deep in our dreams, and in front of live audiences for over a decade. We are inspired by the sounds of The White Stripes, The Black Keys, The Rolling Stones, AC/DC, Led Zeppelin, Muddy Waters, John Lee Hooker, and Robert Johnson.

The all-star band is led by Brian Jones on vocals, rhythm guitar and harmonica, and backed by the hard hitting drumming of John Branch, and the foot stomping funkadelic bass of Portland native Renato Rodgrigez, and lead guitar of “Mr Smooth” Josh Swift. Guest all-stars players include Joe Guevara and Jimmy Dean on Pianos and keyboard, Joe Luna and Tim Grunel on Saxaphones, with Andrew McKeag on slide guitar, backed up by the amazingly talented singers and dancers of Rae Irelan and Kiana A.